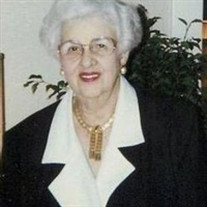 Neva A. Shinn Ritter, 91, formerly of Salem, departed this life on Friday, May 8, 2015, at Maplewood Emeritus in Bridgeport. She was born on August 26, 1923, at Fairview, WV, a daughter of the late Ernest and Florence Daughtery Cross. Twice married, she was preceded in death by her first husband Donral Shinn and her second husband Dr. Edison Ritter. Surviving are two daughters, Judy Garner and husband Lionel, Houston, TX; Debra Cantrell and husband Mark, Salem; two grandsons, Jeffrey Garner and wife Vicki, Katy, TX; Greg Garner and wife Brandie, Albuquerque, NM; seven great-grandchildren and two great great grandchildren; one sister, Joann Pritt and husband Harry, Elyria, OH. She was preceded in death by one son, Larry Shinn; three brothers, Garland, Bernard and Allen Cross, and one sister, Doris. Mrs. Ritter was a member of Emmanuel United Methodist Church in West Union and enjoyed singing in the Church Choir. She was a 1975 graduate of Salem College where she obtained her Registered Nursing degree. She worked as a private duty nurse, a travel guide and as a volunteer for many years at the United Hospital Center. She was appointed to serve on the Board of Trustees at Salem College and she established the “Doc Ritter Guest House” for accommodating visiting dignitaries. In the year 2000, she was selected “Citizen of the Year” by the Salem Chamber of Commerce. One of her greatest passions was making over 50 different candies and cookies at Christmas. These confections were sent to family and friends throughout the U.S. Later in life she took up the sport of golfing which she loved playing with her grandsons and her many friends. Funeral services will be conducted in the Spurgeon Funeral Home 212 Front St. West Union on Tuesday, May 12, 2015, at 11 a.m. with Pastor David McCauley officiating. Interment will follow in the Masonic Memorial Park, West Union. The family will receive friends in the funeral home chapel on Monday, May 11, 2015, from 5 to 8 p.m. Expressions of sympathy may be extended to the family at www.spurgeonfunerals.com. Spurgeon Funeral Home is privileged to serve the Shinn/Ritter family.

Neva A. Shinn Ritter, 91, formerly of Salem, departed this life on Friday, May 8, 2015, at Maplewood Emeritus in Bridgeport. She was born on August 26, 1923, at Fairview, WV, a daughter of the late Ernest and Florence Daughtery Cross. Twice... View Obituary & Service Information

The family of Neva A. Shinn Ritter created this Life Tributes page to make it easy to share your memories.

Neva A. Shinn Ritter, 91, formerly of Salem, departed this life...