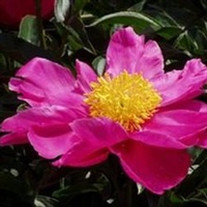 Betty J Hunt, age 82, of West Union, went home to be with her Lord and loved ones on August 1, 2014. She was born March 4, 1932 at Widen, WV, the daughter of the late Ray and Dortha Conner. She was double promoted twice and graduated from Clay County High School in 1948. She married Holland F. Hunt on August 26, 1950. He preceded her in death on September 30. 1991. She retired from the Doddridge County Public Library in 1992 where she served as librarian for 18 years. She was a member of the Night Owls CEO’s and the Doddridge County Senior Citizens. She loved playing the piano and singing southern gospel music. She served as church pianist, assisting her husband at churches he pastored. Since 1994 and until her illness, she was pianist and sang in the choir at the West Union Baptist Church where she was a faithful member. She enjoyed reading, watching Jeopardy, and playing Trivial Pursuit with her grandchildren. She is survived by 2 daughters, Sharon (Paul) Weekley and Barbara (Michael) Travis, of West Union, 3 grandchildren, Dave (Nicky) Weekley of Parkersburg, Josh (Kim) Weekley of West Union, and Ashley (Adam) Skeens of St. Albans, 7 great grandchildren, Davy, Eli and Ben Weekley, Evan and Amelia Weekley, and Parker and Lydia Skeens. Also surviving is a sister, Nancy Jones of South Charleston, a brother, Jack Conner of Covington, Georgia, and a beloved uncle, Rev. Lee White of Hurricane. She was preceded in death by a sister, Gertrude Bess. The family wishes to extend a special thanks to People’s Hospice and to her compassionate and loving caregivers who spent many hours keeping her company and making this year easier. Funeral Services will be conducted in the Spurgeon Funeral Home, 212 Front Street, West Union on Tuesday, August 5, at 11:00 AM, with Rev. Mark Wood and Rev. Dan Chadwick presiding. Interment will follow in the Masonic Memorial Park, West Union. Family will receive friends in the funeral home chapel on Monday, August 4, 2014, from 4 – 8 PM and after 10 AM on Tuesday until the time of service. Expressions of sympathy may be extended to the family at www.spurgeonfunerals.com. Spurgeon Funeral Home is privileged to serve the Hunt family.

Betty J Hunt, age 82, of West Union, went home to be with her Lord and loved ones on August 1, 2014. She was born March 4, 1932 at Widen, WV, the daughter of the late Ray and Dortha Conner. She was double promoted twice and graduated from Clay... View Obituary & Service Information

The family of Betty J. Hunt created this Life Tributes page to make it easy to share your memories.

Send flowers to the Hunt family.